Is Sonakshi Sinha Marriage To Salman Khan? Wedding Pic Goes Viral On Internet: There is a picture on the internet that has been getting viral and receiving immense attention from the netizens. Yes, we are talking about a viral picture of Salman Khan and Sonakshi Sinha in which they can be seen dressed up as groom and bride. The picture has been making the rounds on social media platforms. As soon as the picture went viral, the netizens started speculating that they both got married secretly. Yes, you read it right, there are many people who believed all these rumors. In this article, we are going to give you all the details about the matter so stay tuned. 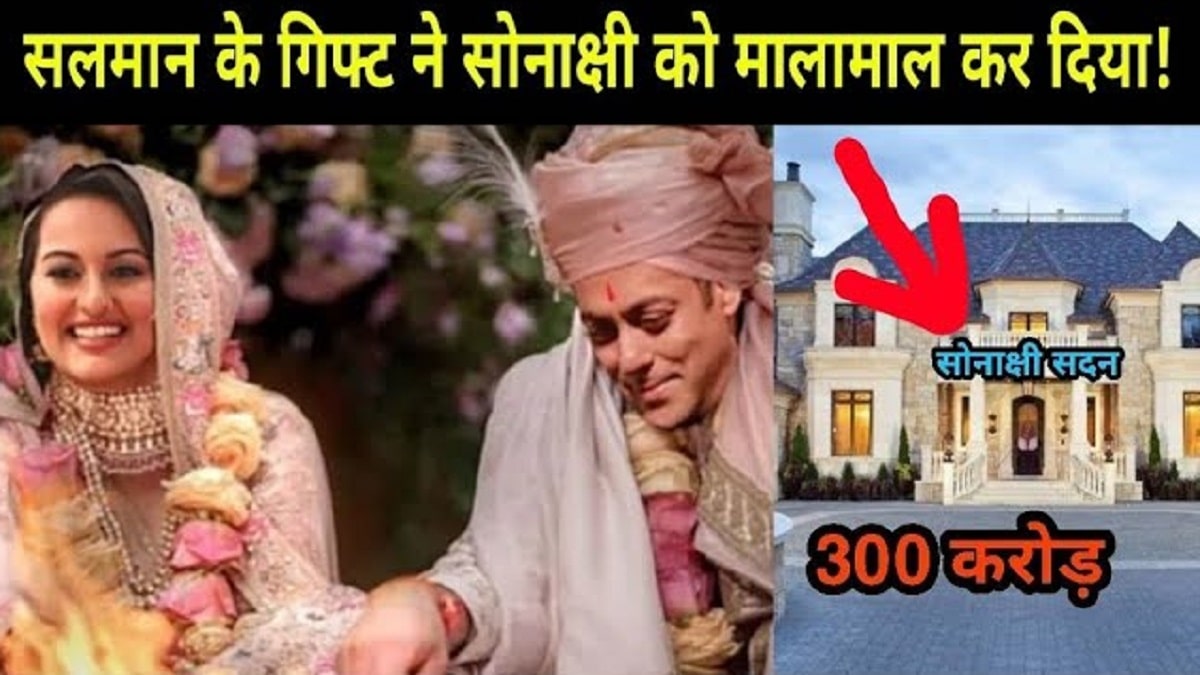 According to the reports, a picture of Sonakshi Sinha and Salman Khan has been going viral on social media platforms. In the picture, Salman and Sonakshi can be seen dressed up as a groom and bride. Salman Khan is looking handsome as always wearing a beige blazer over a white shirt, while Sonakshi is also looking gorgeous in a red saree with bridal Chura. After the picture went viral online, the fans speculated that they both got married secretly as they were looking like a newlywed couple in the viral pictures.

But we would like to tell you that it is not the truth as the exact truth behind the image is that it is a fake picture that is photoshopped. Apart from this, Sonakshi and Salman are officially single. As all the fans know that Salman shares a close and good bond with Sonakshi Sinha. In 2010, Salman Khan launched her to the Bollywood film industry. She made her acting debut with Salman Khan in the movie Dabangg.

However, Salman Khan is rumored to be in a relationship with Iulia Vantur as they both are often spotted together at several events, be it a wedding function or any special occasion. But, neither Salman Khan nor Vantur confirmed their relationship officially. In 2016, there were reports that Salman Khan secretly got married to Iulia Vantur. Reacting to the rumors, Salman Khan said, “These are just rumors as you said yourself. If I had got engaged or was getting married, I wouldn’t wait for the news to leak out. I would announce it myself, it would be a proud moment for me.”

On the other hand, Sonakshi is also rumored to be in a relationship with Zaheer Iqbal, a Notebook star. Both Sonakshi and Zaheer started their acting career with Salman Khan’s projects. Sonakshi is a well-known and established actress who has worked in several hit films including Dabangg, Kalank, Lootera, R Rajkumar, and many others. Stay connected with us for more updates.