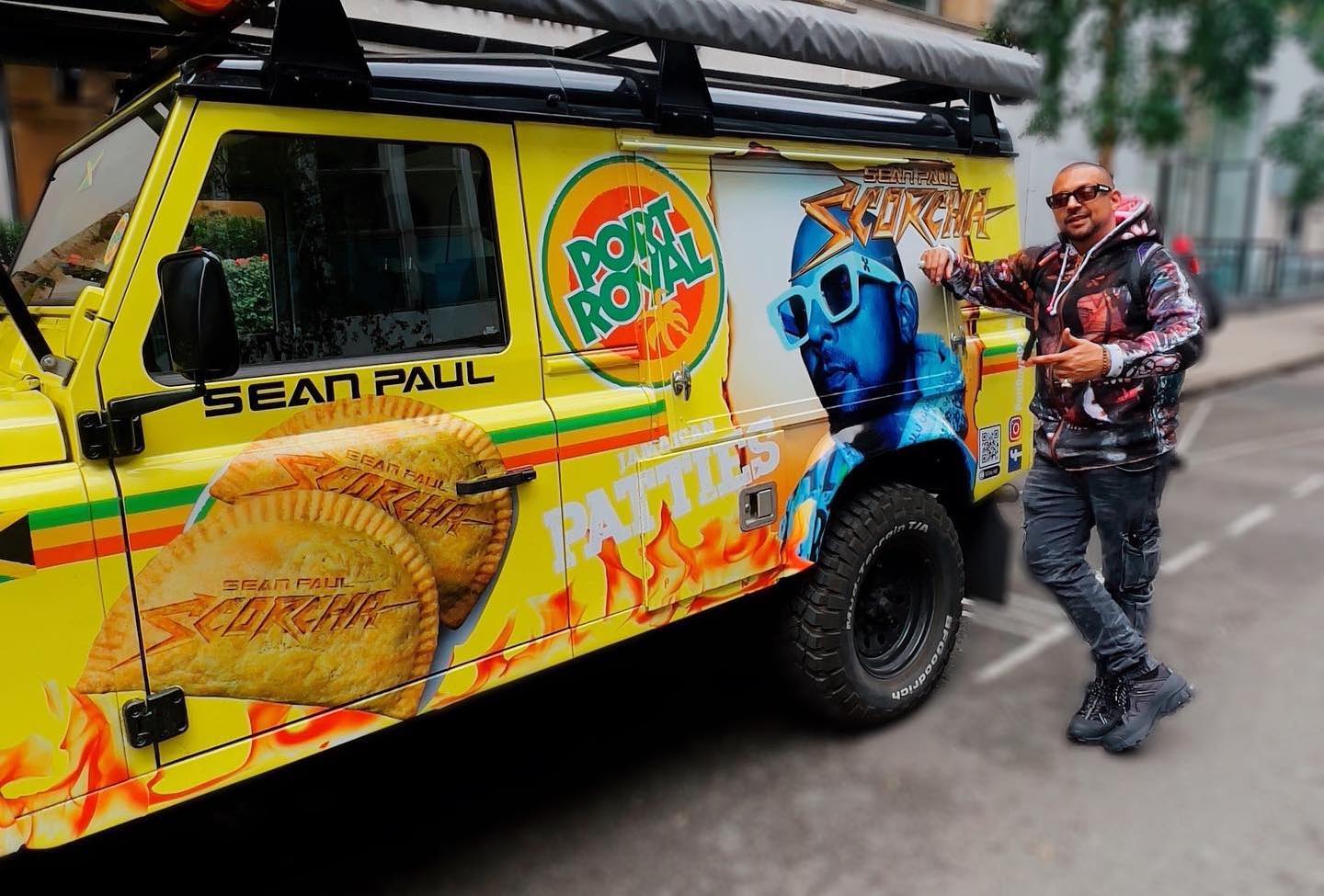 Look out for Sean Paul’s Scorcha patties and hot sauce. You want a Scorcha? That was Grammy-winning dancehall artiste Sean Paul’s question to his 1.4 million followers on Instagram this week. The Jamaican legend was announcing the birth of his new venture in the United Kingdom, a partnership with Port Royal Patties to launch his own patty brand called Scorcha.

Of course, the name is based off his latest album, which was released last month, but the product will be available for a limited time only.

The UK-based company also announced the new partnership deal via their social media pages. The post featured a video pieced together with Sean Paul’s single “Scorcha” and featured the caption “Scorcha Patty! Presented by Sean Paul! Made by Port Royal.” The promotional video, which also shows images of the Jamaican patty with the engrained words “Scorcha” branded on the side, was just one in a series of posts aimed at promoting the product and introducing it to the broader market.

Jamaican patties have become increasingly popular all over the world. The United States and the United Kingdom have been attractive playing grounds for patty distributors. With thousands of Jamaicans being added to the diaspora within these territories on a yearly basis, it is a no-brainer that companies would seek to tap into this demand and market one of Jamaica’s most iconic foods.

The UK, in particular, has a large contingent of Jamaican people and culture, and infusing this aspect of the society with the branding of his latest album was a no-brainer for Sean Paul.

“So, the promotional partnership is about linking Jamaican brands with the “Scorcha” you know a mean, Port Royal Patties is a big Jamaican brand in London, about the Jamaican people and ting so we just link up and thing,” the dancehall legend expressed.

Port Royal is a family-run business formed by Jamaica Edward Johnston and operated in the United Kingdom. It was created with the idea of perpetuating the Jamaican culture abroad and sharing the island’s food and heritage in the UK.

The brand, “Scorcha”, will also include its own scotch bonnet pepper line. This product, however, will be sold in collaboration with London-based catering company called Tooksie.